My God it's Full of Frogs!

I've been up ont' moors again. Yesterday. This time it was the leg of the Pennine Way between Hebden Bridge and Haworth.

Here are the ups and downs (and even a map this time): 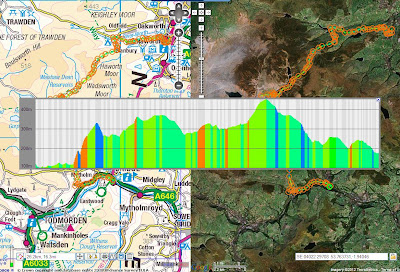 (From Where's the Path)

You will need to click on the pic if you want to see any detail.

Highlights of this section:

2. Quite early on I passed the remains of what I believe is called a 'drop water closest'. Basically this is a structure built over a waterfall where one can move one's bowels - then presumably pop down to the River Calder later in the day and try to identify one's own turd bobbing about in the water. As far as I could tell it was no longer in use.

3. The heather is in bloom, giving the moors a lovely purple glow.

4. I passed the 50 mile point on the Pennine Way - not sure where exactly.

5. I also passed Top Withins. Legend has it that this is the ruins of the farmhouse that Emily Bronte based Wuthering Heights on. Despite a Bronte Society plaque stating "the buildings, even when complete, bore no resemblance to the house she described" the place must have some sort of tourist-pulling-power - it is possibly the only part of the Pennine Way which has signposts in both English and Japanese.

Here's a photo of Top Withins from the 1920s. It still had a roof then. 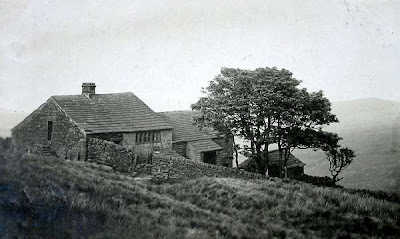 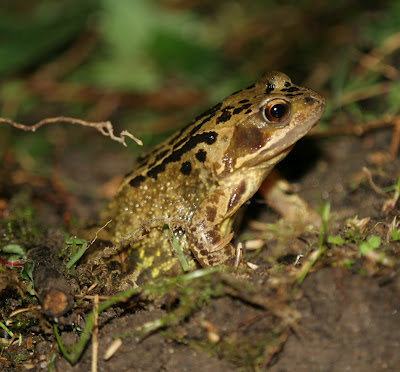 Who would have thought?!

Posted by Dishwasher Crab at 15:54