A Fairytale for Valentine's Day


I know I am posting this a day early for Valentine's Day, but tomorrow I won't be here. I will be doing something else entirely.

Here is the tale of how this came to be...

Two months ago it was our fourteenth wedding anniversary.

We did not celebrate it, because three weeks earlier Mr Crab had met a random woman on the streets of Norwich and decided his life would be better with her than with me. And so the pair of them ran away to be together in Ipswich.

(That's two Witches in this story already - I told you it was a fairytale!)

This came as a huge shock to me. Normally he had been no bother at all; he just sat there like a lump most of the time.

A lump with secrets...

Before Mr Crab ran away he put £23,625.00 of personal debt on to our mortgage. This also had been a shock at the time - I have no idea how he racked up such a sum. I certainly never saw any benefit from all this cash.

Before he left he also filled our house up with garbage: 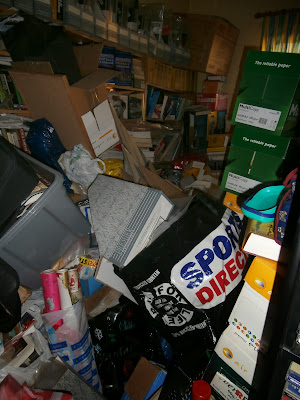 Here it is again, a couple of weeks later and light is starting to appear at the end of the tunnel (literally): 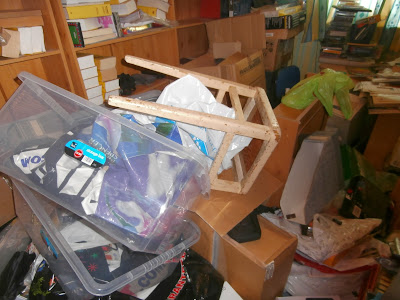 Anyway, time has moved on, the house is now mine and the room is clear! Moving this amount of garbage wasn't easy, though. Look at the state of my hands: 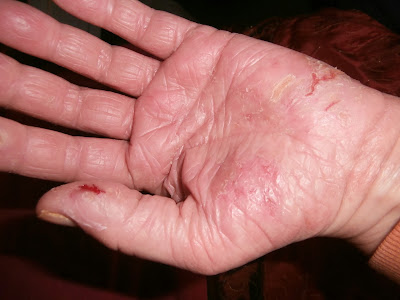 Admittedly that is only one hand - I had to hold the camera with the other one. It is just as bad.

Like all good fairy stories, this one has a Happy Ending!

Tomorrow I am having a day off work. A local charity shop is collecting the few bits of furniture which can be considered serviceable, and a Man with a Van will take the rest of the garbage to the tip.

I am already living happily in the future.

Happy Valentine's Day to all you young lovers everywhere!

Posted by Dishwasher Crab at 13:29