Is this the end?


There is a cloud of volcanic ash drfiting across the UK, from recent eruptions in Iceland. Here's a picture from the BBC, which makes it look rather lovely. 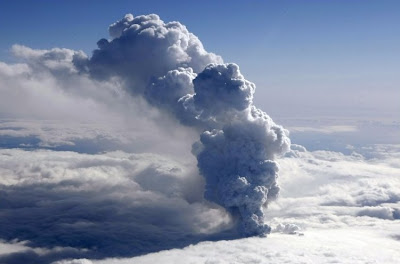 It isn't all lovely though, it has been bad enough to suspend flights across the country. This might sound like an over-reaction, but I've been reading about this and apparently if the ash particles get into a jet engine they melt and clog the engine with molten glass. That's got to be a bad thing.

There's worse to come. Look at this picture: 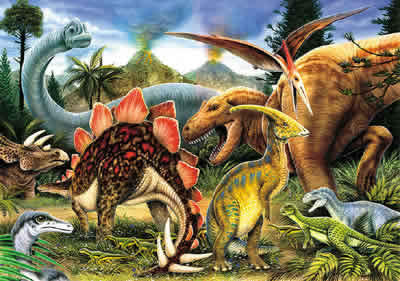 See how happy the dinosaurs are, scampering about in the prehistoric sun? See those volcanoes in the background? It was volcanic ash that finished off the dinosaurs. All gone. Extinct.

Dinosaurs were great big burly beasties. What chance have a bunch of puny humans got? How long have we got left?

I do hope I last until tea-time, we're having takeaway tonight. Perhaps I should start heading home now.

Volcanic ash and the potential loss of life as we know it is not the only gift this country has received from Iceland in recent times. Last winter, after hearing a news report about the deprivation suffered by pensioners in Hull, the kind folk of Iceland sent a container-load of jaunty knitwear to that city. Doesn't it look snugly? 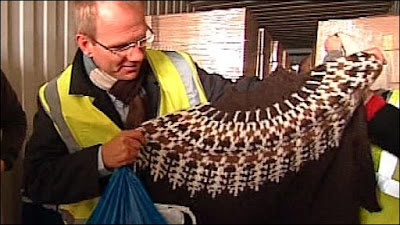 And isn't it good to see that not everyone wastes their knitty skills creating spare body parts?

PS I'm not the least bit apologetic about nicking photos from the BBC. All that licence-fee money they get, and then they squander it on a gang of hard-faced Dorothy-wannabes? Pfft!

Posted by Dishwasher Crab at 15:14